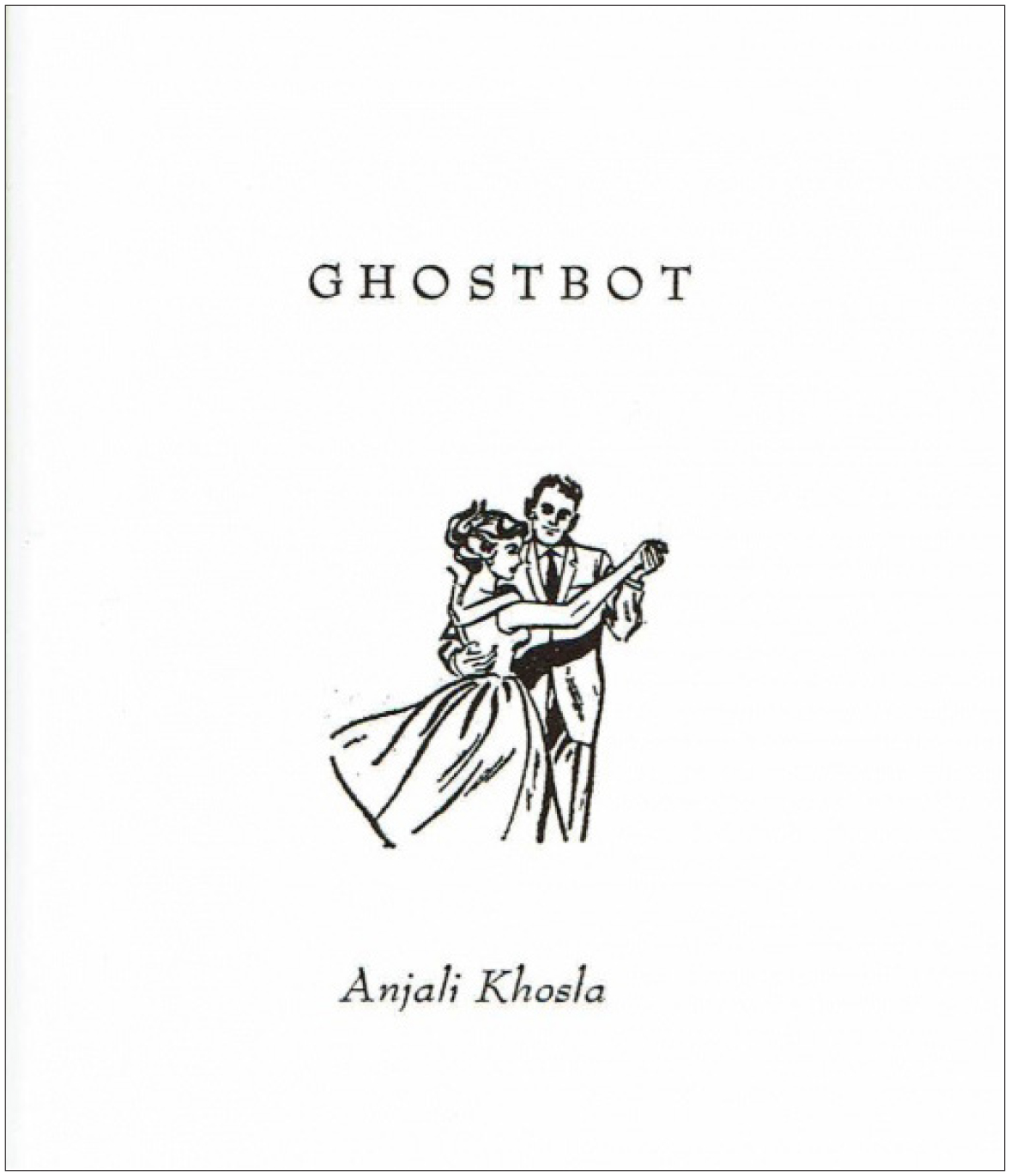 Ghostbot’s lovelorn haikus examine the tenderness of human loss and isolation through the familiar, aloof voice of omniscient, omnipresent automation. At times hilarious, but by and large devastating, this small collection wonderfully warps the sense of sensation itself, rendering grief through the chilly lens of a machine whose obedient and astute observation rings too true, inadvertently becoming the ultimate salute to the most profound of human feelings. Ghostbot is a remarkable and able study of the phenomenon of human pain and thought, as rendered by the chilly voice of a creation made to simulate its maker, while utterly defying its likeness. — Emily Toder


Finalist for the Eric Hoffer Award

Anjali Khosla is a New York-based writer and an Assistant Professor of Journalism + Design at The New School. Her work has appeared in publications such as the Guardian, the New York Daily News, Fast Company, Glitter Pony, Juked, and Gossamer. Broadsides of her work have been released by Broadsided Press and the Massachusetts Center for Renaissance Studies. She earned an M.F.A. in Creative Writing from the University of Massachusetts, Amherst and an M.A. in Journalism from New York University.