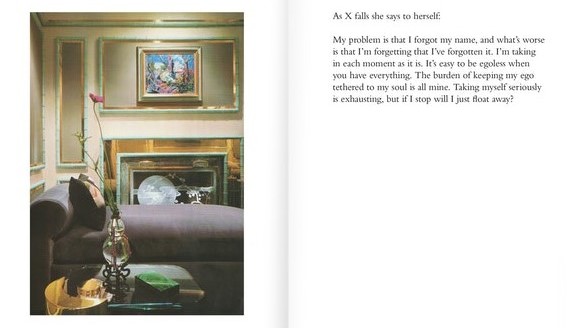 "Magenheimer’s first book-length text, Beige Pursuit, is the second entry in Wendy’s Subway’s Document Series, an invitation for artists working in time-based media to publish in print. The book reads alternately like a screenplay and a long poem, its sparsely populated pages asking to be consumed slowly. The central figure, X, is a sort of Alice in the Waiting Room, navigating (among other things) the vagaries of the American healthcare system as she prepares to give birth. X appears variously as character, number, and mark; as redaction, percussive notation, and placeholder for a former name—traded then forgotten. Biographical similarities between author and character abound—both are filmmakers and expectant mothers—but Magenheimer has her fun with plausible deniability."

Read more about Sarah Magenheimer's work in Maxwell Paparella's review in The Brooklyn Rail, published in the July-August 2020 issue.