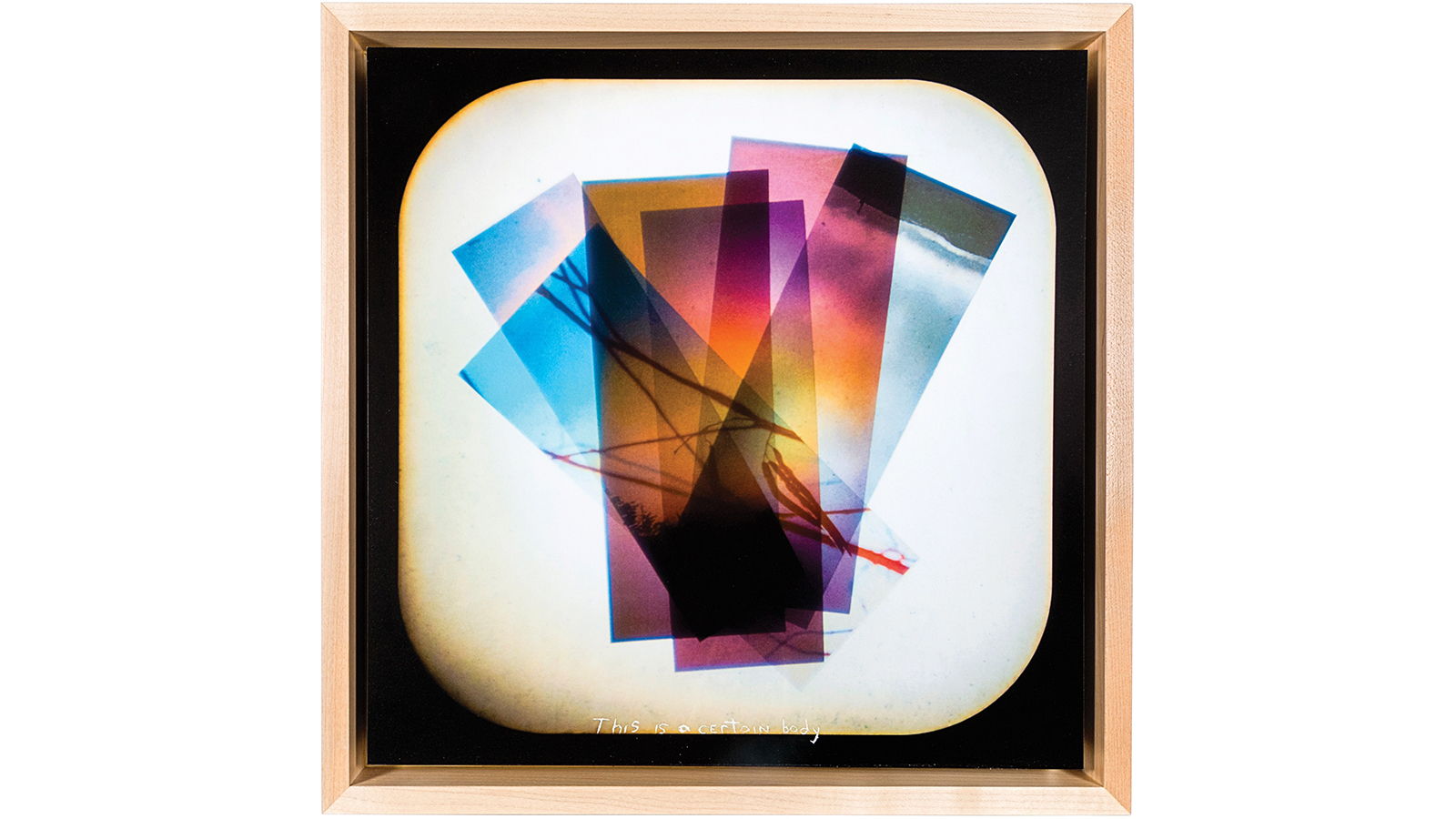 People who claim that New York City is over haven’t been looking at art. New galleries—good ones!—continue to open, especially in Tribeca, where the matter-of-factly named Broadway has inaugurated its storefront space with a hypnotic show (on view through Nov. 14) by the restlessly intelligent indigenous filmmaker Sky Hopinka (a member of the Ho-Chunk Nation and a descendant of the Pechanga Band of Luiseño Indians). Fifteen color photographs inscribed with hand-scratched texts (including “This Is a Certain Body,” above) establish an artist for whom landscape and language are inseparable. They’re altered stills from the show’s centerpiece: “Lore,” a short 16-mm. film with the fragmentary internal logic of dreams and the intimate mood of late-night conversations. Hopinka’s structuralist bent—the film pays homage to Hollis Frampton’s 1971 classic, “Nostalgia”—is established with a voice-over countdown, which, by the film’s circular end, is revealed to belong to a band of friends, lost in a practice-room reverie (the artist plays bass). “Lore” itself is a rehearsal of sorts: its audio consists of early drafts and excerpts of Hopinka’s searing prose poem “Perfidia,” just released as a beautiful book, from the exciting Brooklyn-based publisher Wendy’s Subway, on the occasion of the artist’s first museum retrospective, “Centers of Somewhere,” at Bard College.

Read Andrea K. Scott’s review of Sky Hopinka’s exhibition Lore, at Broadway, with a mention of Perfidia, in The New Yorker.