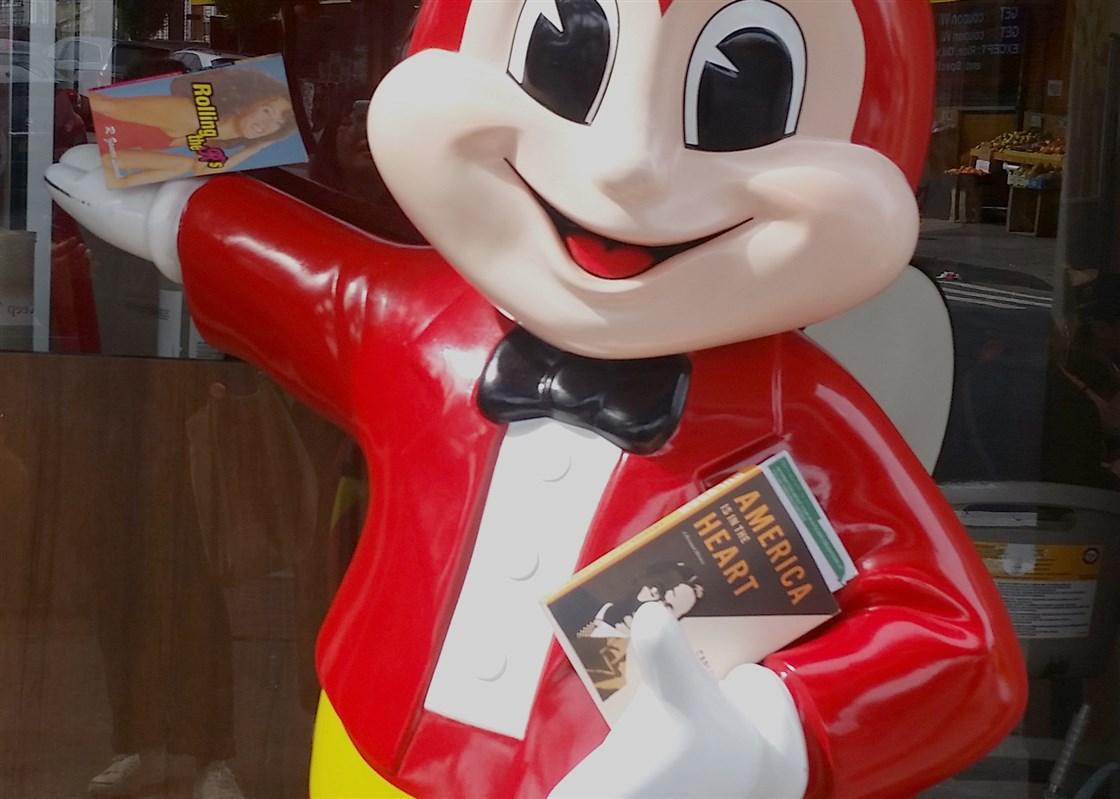 “It’s easy to do a lot of things making sure your community is represented but oftentimes it doesn’t have visibility beyond the community,” said Catedral. “It was important because the public nature of the library is all about creating instances of encountering the unexpected representations of what is, ultimately, an American story.”

Both are quick to acknowledge that PAL is not the first or only library of its kind. Catedral points to other collectives whose work she is inspired by, such as the Feminist Library on Wheels and the Free Black Women’s Library. PAL is currently showing alongside both as part of the 25 libraries invited by Wendy’s Subway Reading Room’s exhibit at the Brooklyn Academy of Music.

When they’re not showing at exhibitions, PAL has a “home on the Internet.” Policarpio noted that while this initially sparked some confusion from people who wanted to visit the library, PAL’s social media accounts allow them to interact with interested readers.

The Pilipinx American Library is a bi-coastal, mobile, non-circulating library that celebrates print histories and collects narratives by writers, poets, artists, and scholars across the diaspora. P A L centers the Pilipinx American experience through the reading and sharing of texts and other printed ephemera in public, through pop-up libraries, performances and readings. The inaugural pop-up library was presented with Other Worlds as part of the Jameco Exchange exhibition, which brought books for reading and trading in public spaces within Jamaica, Queens (2016). P A L has also presented books at Jackson Heights' Diversity Plaza and participated in the BABZ Fair (2017), hosting a tribute reading with invited poets and artists in response to the first Filipino American novel by Carlos Bulosan. Recent presentations have been hosted by Flux Factory, the Smithsonian's Asian American Literature Festival, the Wendy's Subway Reading Room at Brooklyn Academy of Music, and Nous Tous Gallery in Los Angeles' Chinatown, as part of the exhibition No Longer Negotiable. Based in Queens, NY and the SF Bay Area, P A L programs are organized by co-founders PJ Gubatina Policarpio and Emmy Catedral, in collaboration with host spaces, curators, writers, and artists. Forthcoming in 2018 is a P A L curated resource room, and a series of programs at the Asian Art Museum, as well as a reading selection in collaboration with the San Francisco Public Library.